THE SINGER OF SHANGHAI 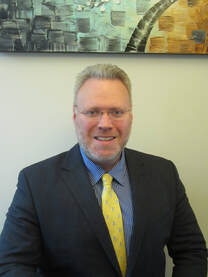 Kevin Ostoyich is professor of history at Valparaiso University, where he served as chair of the History Department from 2015 to 2019. He holds his B.A. from the University of Pennsylvania and his A.M. and Ph.D. from Harvard University. He has served as a research associate at the Harvard Business School and an Erasmus Institute fellow at the University of Notre Dame. He is currently a board member of the Sino-Judaic Institute, an advisory board member of the Shanghai Jewish Refugees Museum, a non-resident fellow of the American Institute for Contemporary German Studies of the Johns Hopkins University (AICGS), and an associate of the Center for East Asian Studies of the University of Chicago. He has been invited to be a visiting fellow at the Center for Advanced Studies at the Ludwig-Maximilians-Universität München for the summer of 2020. At Valparaiso University he was bestowed the Excellence in Teaching Award for 2017-2018. He is the author of The German Society of Pennsylvania: A Guide to Its Book and Manuscripts Collections, as well as, many book chapters and articles on German history, German-American studies, migration history, and the Holocaust. Several of his articles are available online through AICGS:  https://www.aicgs.org/by-author/kevin-ostoyich/. 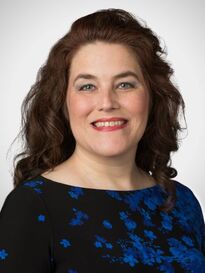 Kari-Anne Innes Ph.D. is program director and lecturer in the Arts and Entertainment Administration graduate program at Valparaiso University. She earned her doctorate in theatre with a certificate in performance studies and a certificate in women's studies from Bowling Green State University. Her performance manuscripts have been published in ”Text and Performance Quarterly” and ”Departures in Critical Qualitative Research”, and she has presented her performance works at the National Communication Association, Patti Pace Performance Festival, and Non-Fiction Now! conferences. She has experience devising plays with university students and community organizations, including the works ”Personal Versus; The Chartreuse Dress; Keeping Up; Widows, Brides, and Bridegrooms”; and several forum theatre plays with the Humanities Troupe: Theatre for Community, Diversity, and Change at BGSU. She has directed ”Knocking on the Doors of History” and ”Shanghai Carousel: No One Knows What Tomorrow Will Be” as part of the Historical Theatre course co-taught with Dr. Ostoyich. 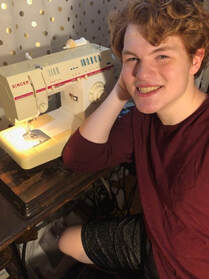 Jakob Innes- SA Man
​Jakob Innes is a junior at Valparaiso High School. This is his third year with the Historical Theatre project. He was a rehearsal assistant for Knocking on the Doors of History and the costumer for Shanghai Carousel: No One Knows What Tomorrow Will Be. Jakob also loves to sew. He sits at the antique Singer sewing machine bought for the live stage production of The Singer of Shanghai. Since COVID-19 made a live performance impossible, he now uses the antique as a sewing table for the modern Singer sewing machine that he, like Ida Abraham, inherited from his grandmother. In quarantine, he has shared in Ida's and other women of Shanghai's creative spirit, making clothes out of whatever he can find. So far, he has made a dress from curtains, a 1910-inspired cape from a quilt, overall shorts from a fabric shower curtain, and a nightgown from a sheet while he waits for a fabric shipment delayed by the pandemic. Besides costuming and sewing, Jakob enjoys acting, video production, singing, and playing the trumpet.​ 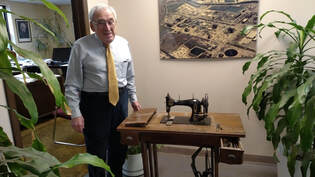 Harry J. Abraham- Berthold Rosenthal
Harry J. Abraham, born March 15, 1938 in Frickhofen, Germany, is the son of Ida and Albert (Albrecht) Abraham.  He arrived in the United States with his parents from Shanghai in 1947.  Harry earned degrees from John Carroll University and Western Reserve University, and an MBA from Case Western Reserve University.  He is the founder and President of ProQuip, Inc. for over 50 years. He and his wife, Rosalyn, have three children, 8 grandchildren, and two great-granddaughters.  Harry feels it is important to remember and learn about Kristallnacht and the Holocaust, so history does not repeat itself and people are tolerant of each other.  He is proud to have his mother’s story shared in the “The Singer of Shanghai,” and is thankful to Dr. Kevin Ostoyich, Dr. Kari-Anne Innes, and the students at Valparaiso University who were involved in the creation and production of this meaningful radio play. 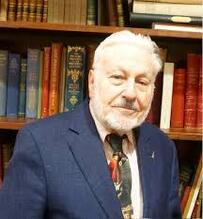 Eric Kisch- Magistrate
​Eric Kisch was born in Vienna in 1937, emigrated with his parents to Shanghai in 1940 and then moved to Australia in 1946.  After attending High School and the University in Melbourne, he came to New York in 1960 to attend graduate school at Columbia University.  In 1988 he and his family moved to Ohio where his serious interest in his family’s history began to take fruit.  Some years ago he joined up with historian Kevin Ostoyich on various research projects and has been invited to give talks at Valpo on his family’s story and on music during the Holocaust.  Always a keen music lover and collector of recordings, Eric has hosted a radio program in Cleveland since 2004 and has many ideas for new shows once the present safe distancing restrictions are eased to allow him back in the studio.  He is thrilled to participate with a cameo appearance in Singer of Shanghai, and wishes the project the greatest success. 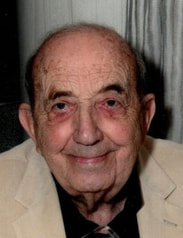 Gary Sternberg- Tour Guide
My name is Gerd (Gary) Sternberg. I was born on August 25, 1931, to my Christian Mother Augusta and my Jewish Father Herman in Cuxhaven, Germany.
We left Germany in September 1940 during World War ll. We traveled overland through Russia, Siberia and Manchuria to Shanghai China. In Shanghai we lived in a Japanese controlled Ghetto throughout the war.

​After coming to the United States in 1948 I lived in Cleveland Ohio, Los Angeles California, and eventually wound up in Las Vegas and Henderson Nevada where I have lived for the past 51 years. I am an entrepreneur, Inventor (4 patents) my passion is Table Tennis. I worked at Caesars Palace Hotel and Casino for 31 years as a “21” or Blackjack Dealer. I have been retired since 2005 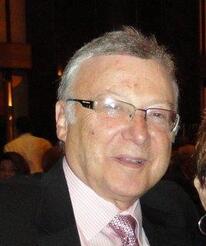 Bert Reiner-G.I. Solider
Bert Reiner was a young boy when he and his family were forced to leave their home in Germany in 1939 (after Kristallnacht), and wound up living for 10 years in Shanghai, China. He and his family then emigrated to the U.S. where he entered Rensselaer University, then onto becoming a toy engineer.  He recently wrote a book of his memoirs “My Journey from Shanghai to Las Vegas”.
Bert and his wife Sandy now live in Las Vegas; they have 3 children and 8 grand-children, all living in Connecticut. 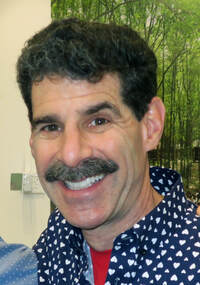 Danny Spungen-Travel Agent
Danny Spungen literally grew up in the industrial ball bearing and chain industry.  Today he considers himself a family historian and a big investor in people and things.  Through extensive schooling and travel, he gathered and learned a little bit about a lot of collectibles.  A big exception began in June 2007 when by chance he stumbled upon a rare WWII postal history exhibit, a study of the Holocaust told through letters and other related documents. Danny became a student for life, devoting a large amount of time exhibiting the “witnesses” and facilitating discussions all over the world about genocides and humanity itself.  In December 2010 while at the Shanghai Mint (China panda coins), Danny was introduced to and joined a project commemorating the Shanghai Ghetto and from there, Danny became a student in the history of Jewish refugees in Shanghai during the WWII era.

​Danny is not one that likes to spend time alone. His home is a well-known home-away-from- home for many and Danny’s best reward is linking together customers, family and friends using his hobbies and other passions as a conduit.  He and his wife Natalie raised two children and had 11 Rotary International High School Exchange Students. One student from Thailand extended his stay for 11 years 7 months!  Emmanuel Habimana, a 1994 Rwanda Genocide survivor, is also considered part of Danny’s family.