THE SINGER OF SHANGHAI

The Singer of Shanghai 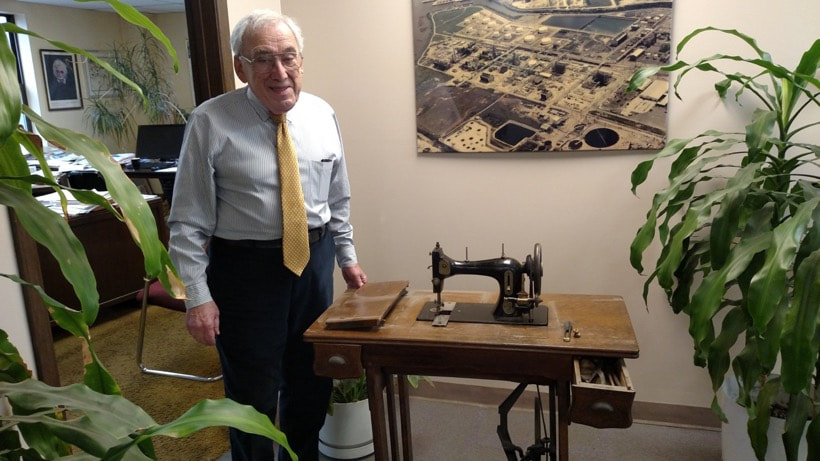 The Singer of Shanghai Cast

The Singer of Shanghai

This production features a self written student script under the direction of Historian Kevin Ostoyich and Director Kari-Anne Innes. The production tells the story of the Abraham family and their brave journey to Shanghai, China during World War II. Join us in early May to hear the empowering story of Ida Abraham and her perseverance to get her family out of Hitler ruled Germany to Shanghai where they would be safe from the Nazis. The play is centered around a Singer Sewing machine that Ida received as a gift from her mother and grandmother. The sewing machine follows Ida from Germany to Shanghai, and from Shanghai to the United States. While in Shanghai, Ida used the sewing machine to provide for her family and she taught both young Jewish and Chinese women how to sew during her time there. The image above features Harry Abraham and his mother's sewing machine which currently is on display at Harry's office. Come hear the story of one tough seamstress who as Harry Abraham says just loves to sew. The cast features the students in Historian Kevin Ostoyich's and Director Kari-Anne Innes' historical theatre course as well as featuring special guest stars joining the cast. The guest stars joining the cast include four Shanghai refugees: Harry J. Abraham will portray his grandfather Berthold, Bert Reiner will be joining the cast as an American GI soldier. Eric Kisch will be joining as a magistrate and Gary Sternberg will be playing the guide in Germany when Ida and Harry return to Germany after World War II. In addition to the Jewish refugees who have joined the cast we are also pleased to welcome Jakob Innes and Danny Spungen.

The characters in the Singer of Shanghai are directly or loosely based on the lives/stories of Jewish refugees including Ida Abraham, Harry J. Abraham, a woman who helped Ida get milk for Harry after Kristallnacht, Inga Berkey, Eric Kisch, Ellen Wolf, and Ivy Green. Thank you to all of these individuals and the ones whose lives helped us to understand the history of the Shanghai refugees better. We couldn't have done it without you sharing your stories.
​
Please join us on our YouTube channel on May 12,2020 to hear this amazing story! For more information please visit our Facebook page and like us to stay updated! Please subscribe to our You Tube page to stay updated!
Resources
Ostoyich, Kevin. "From Kristallnacht and Back: Searching for Meaning in the History of the Shanghai Jews." AICGS, https://www.aicgs.org/2017/08/from-kristallnacht-and-back/ 2 Aug 2017.